Wildfires spike across province over long weekend; most blazes in northeast BC being held 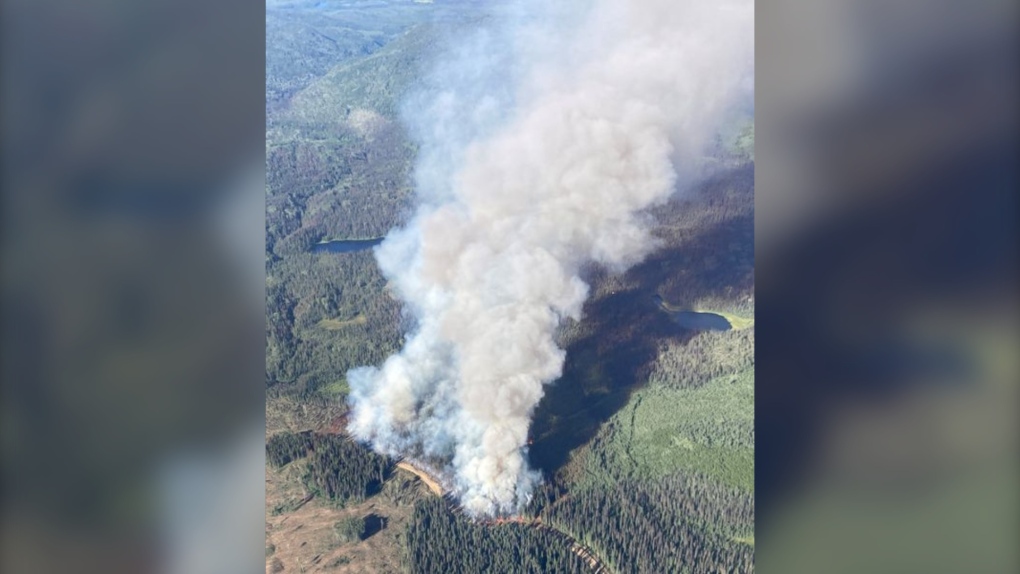 The 15-hectare fire near Bear Lake, between Mackenzie and Prince George, is now under control. (Courtesy: BC Wildfire Service)

British Columbia saw a jump in wildfire activity over the long weekend.

On Monday, the BC Wildfire Service reported 80 new fires across the province within a four day period. 50 of those fires were caused by lightning strikes.

However, most fires in Northeast BC are either under control or being held.

The 15-hectare fire near Bear Lake, between Mackenzie and Prince George, is now under control. That fire was highly visible from Highway 97, and required airtankers, helicopters, heavy equipment, and smokejumpers in order to help contain it. The BC Wildfire Service believe the blaze was human caused.

A second fire in that area, northeast of Carp Lake, was reported Sunday. It burned 0.5 hectares, and is also now under control. It’s believed to be caused by lightning.

The largest fire in northeast BC is burning near the Yukon border. It has burned 1,100 hectares since Wednesday, and is located roughly 20km north of the Alaska Highway near Coal River. That fire is now classified as being held.

The Fire Danger rating is currently low to moderate across the Peace Region. However, the entire Prince George Fire Centre remains under an open burn prohibition – any fire larger than a half-metre by half-metre campfire is banned until October 15, or until further notice.