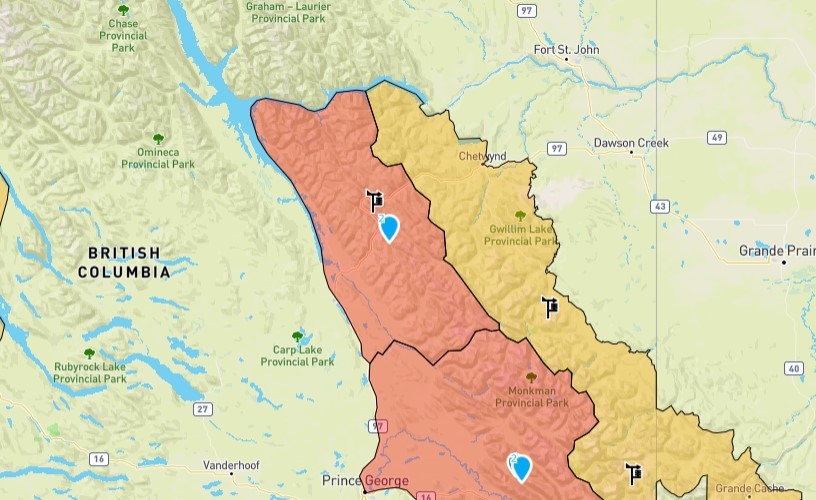 Avalanche conditions in the Peace Region are at their most dangerous level so far this year.

The mountains surrounding Pine Pass and up to Williston lake are currently under a high avalanche danger rating. The alpine areas are the most dangerous, with the rating decreasing to “considerable” at the treeline.

Avalanche Canada urges backcountry enthusiasts to avoid dangerous terrain. Untouched slopes are the most hazardous, so stick to heavily tracked riding areas. The organization says triggering an avalanche remotely is a very real concern, so be aware of the slopes above and around you.

Reactive wind slabs are still forming in the region, and snow is expected to accumulate in the coming days over an already-weak snowpack. Because of this, “conservative and low-consequence” route-finding is advised.

Many other areas in B.C. are under high or considerable avalanche danger ratings as well.

In the past three weeks, five people have died due to avalanches across B.C., including two heli-skiers near Revelstoke on Monday. A Grande Prairie man died from an avalanche in Valemount over the weekend, while two off-duty Nelson police officers died after an avalanche in Kaslo on January 9th.