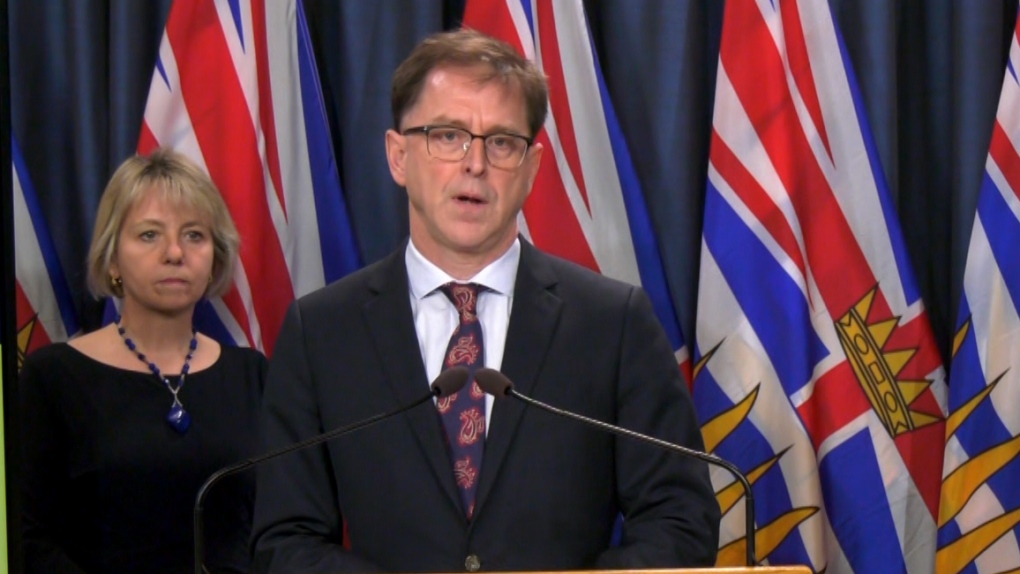 Dr. Bonnie Henry and Adrian Dix are seen at a news conference in Victoria on Mon. March 16, 2020.

It's the second day in a row that B.C. has added more than 75 new cases to its total, after nearly a month of recording fewer than that.

Wednesday's update brought the rolling seven-day average for new cases in the province up to 58 per day.

There have now been 148,641 cases in the province since the pandemic began.

One new case was reported in the Northern Health region in the last 24 hours.

There are now 729 active cases of COVID-19 in the province, 30 of which are from the Northern Health region.

Of those, 48 are in hospital, including 16 in intensive care units.