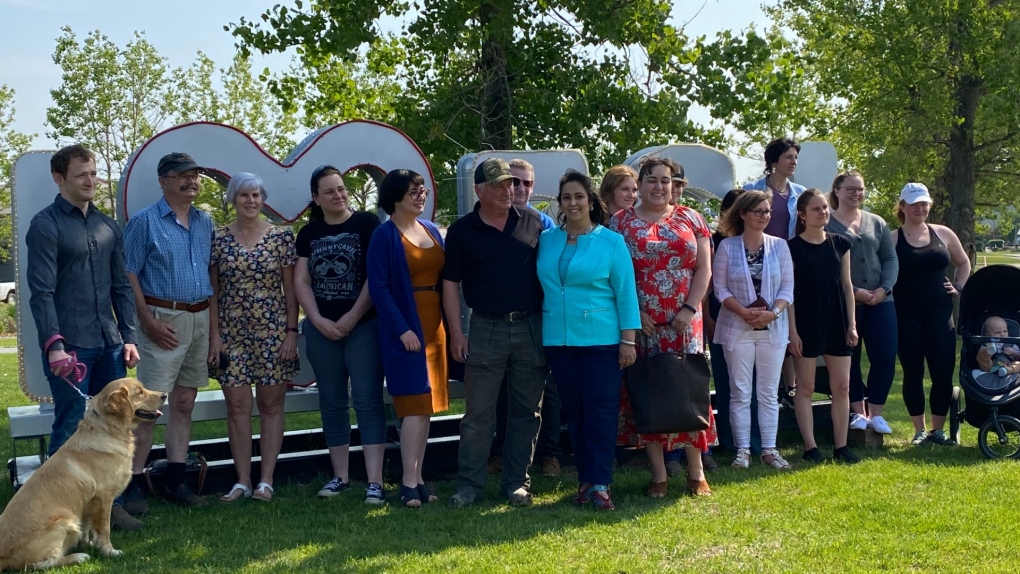 Friends and family gathered around Lilia Hansen who intends to run for Mayor of Fort St. John

FORT ST. JOHN, B.C. -- For the first time in over a decade, there could be an election rather than an acclamation in the race to be Mayor of Fort St. John.

“I get excited about solving challenging problems particularly when the solutions make people’s live better,” she said.

Hansen was elected to Fort St. John City Council in a 2017 by-election. She is the second candidate to announce an intent to run and replace Mayor Lori Ackerman who is not seeking re election.

“There will be an election, and a race for the mayor’s seat. That definitely helps,” said Hansen who added “this is your chance to have an impact and have your voice heard as to who will represent the community.”

The last time there was a race for mayor was in 2011 when 21 per cent of those eligible cast a ballot in the city.

The nomination period is scheduled to open August 20 until September 9 with the election set for October 15.