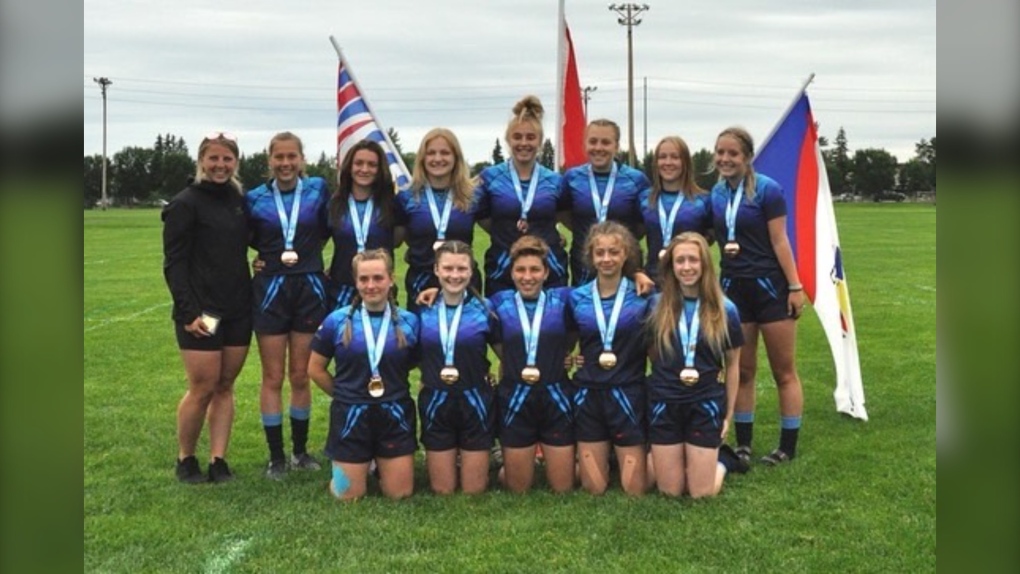 The Peace Region was represented by 32 youth and one head coach across areas of competition over the weekend. They competed as members of the Caribou-North East team which also acted a hosted to the tournament.

A top the overall standings, Vancouver Island-Central Coast won 133 medals at the event. While the Vancouver-Coastal and Fraser Valley teams earned over a hundred medals each.

Caribou-North East finished sixth out of eight teams in the 2022 summer games. The team won 10 gold, 10 silver and 13 bronze medals across events.

However, the lone medals coming home to the Peace Region were earned on the rugby sevens pitch.

Hailey Dutchak has been playing rugby for around five years in Fort St. John. She said a highlight was learning how her new teammates from across the region played the game.

“I spent a lot of time working on my rugby skills” said Dutchak who hoped “to show everyone the north has lots to offer.”

The bronze medal also felt “incredible” around Shayne Turner's neck. She only took up the sport about a year ago.

Turner missed out on an opportunity to show off her soccer skills at summer games cancelled by the pandemic. However, the Fort St. John athlete was thankful for the culture and spirit she found on the pitch.

“It’s the roughest sport, but it has such a respectful community,” said Turner.

Both girls will enter grade 12 at North Peace Secondary School in September. Although they cannot compete in the summer games event again, there is optimism about the future of rugby here in the Peace Region.

Dutchak said “It’s exciting. I think rugby is growing here in the north and we’re going to be a force to reckon with in the future.”

You can find full results from the B.C. Summer Games here.