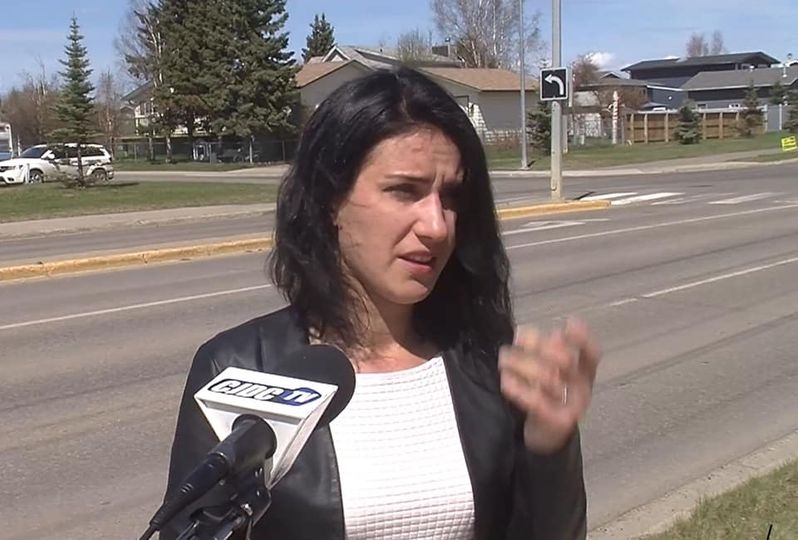 Liane Schaefer had to receive 11 stitches in her head after a vicious dog attack in Fort St. John. She was rushed to hospital by a pair of bystanders who saw the attack.

Liane Schaefer was walking with her friend on 86th Street Wednesday evening until she heard heavy breathing, they turned around and saw a big black dog sprinting towards them. Schaefer fell to the ground and the dog went straight for her neck and face.

"It looked like he was just wanting to play or something, but he was full on angry, his ears back and he was running at us. I wasn't able to think very much but then at the point he kind of just pulled me forward and there's just blood gushing everywhere, and I realized he wasn't about to stop."

Thankfully, a couple bystanders saw the attack and manage to pry to dog off of her and took to hospital, where she received eleven stitches in her head. Despite what she says was a horrific attack, she is still thinking of others first. She says she is glad it happened to her and not a kid walking to a nearby school, where there's two on the same street: North Peace Secondary and Robert Ogilvie Elementary.

"I have four kids of my own, kids are outside. That's the only reason why I'm speaking up because if it's going to happen again and I don't say anything, I'll feel guilty that I did say nothing."

Fort St. John Bylaw says they are investigating the attack, and says its a reminder for dog owners to check their fences for holes and gaps.

"The dog calls start coming in March and April with regards to dogs running at large. and that's a lot due to the snow is melting, gates shift, fences fall over." said Officer Bonnie Isenberg.

"This shouldn't be happening. There's kids out here every day."