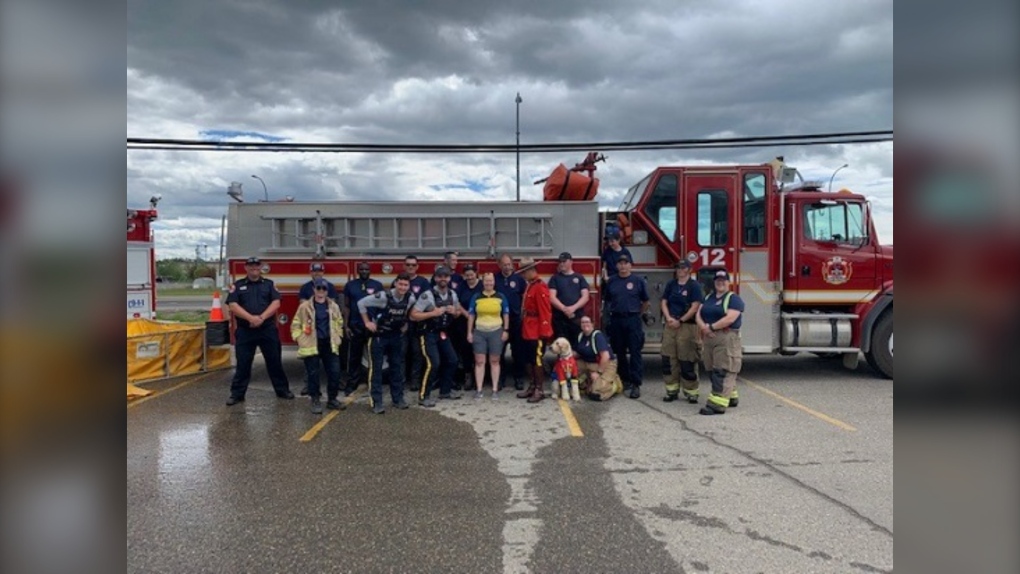 FORT ST. JOHN, BC -- Fort St. John RCMP are thanking the community for their support so far on the Cops for Cancer fundraiser.

The North Peace Blue Flames team raised $1500 at their car wash/hot dog fundraiser on July 9th. In a statement, RCMP say locals were lining up before the starting time to support the cause.

Ongoing efforts to fundraise for the Tour de North campaign include a raffle. Tickets are $10, and the draw will take place on October 10th. Prizes include a Rocky Mountaineer rail journey for two, and a Vancouver Luxury Weekend package (which includes a stay at the Vancouver Pacific Rim and a private helicopter tour).

Donations can also be made at the team’s Tour de North web page.

The North Peace Blue Flames will participate in the Tour de North, which begins September 14th. Riders will spend six days cycling 800km across Northern BC in order to raise money for pediatric cancer research and support programs like Camp Goodtimes.